Premise on the vampire bats

“Between me and the moonlight flitted a great bat, coming and going in great, whirling circles.”
(Bram Stoker, Dracula, 1897)

In literature and legends, the vampire is a diabolical monster who sucks the blood of his victims, killing them. Gifted with extraordinary powers, he can turn into a small bat and flit in the villages with the favor of darkness.

Where does this link between vampires and bats come from? The image of the vampire bat, now present in the collective imagination, is due in large part to the Irish writer Bram Stoker, the father of Dracula, a novel with extraordinary success.

The idea of ​​Count Dracula turning into a bat comes right from nature. Bram Stoker, in fact, was inspired by a specimen who sucks the blood. It really exists: the vampire bat.

Who vampire bats are? 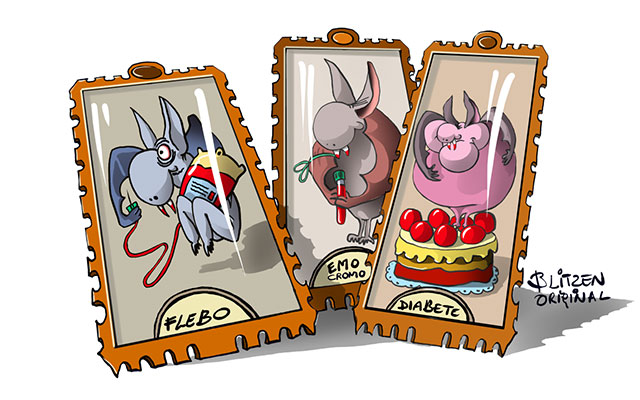 Very small and stealthy, they have long, razor-sharp upper incisors. At night, the vampire bats leave their colonies and go to look for their prey. Who are their victims? Birds, chickens and poultry, but also horses, cows and occasionally men.

Thanks to the radar waves emitted from the nose, the vampire bats can see in the thickest darkness. When they choose a prey, they flit around and land nearby. Once they reach the prey, they climb up, identifying with great precision the veins from which to draw. It seems that they are able, like some snake types, to perceive body temperature, so as to understand where the blood vessels are.

At this point, with great delicacy and surgical precision, their incisors sink into the victim and finally they suck the blood. Their mouth releases an anticoagulant that allows the blood to flow easily. The researchers who discovered it had a sense of humor and called it draculin.

There are three species of vampire bats. Their names are all very disturbing.

White-Winged vampire Bat (Diaemus yungi). It has a soft and fluffy fur, with colors ranging from gray to light brown. Despite the menacing nose, it is very unselfish: if some bat in the colony is threatened by a predator, he and his friends defend it by uttering very loud cries and showing their sharp teeth.

Hairy-legged vampire Bat (Diphilla ecaudata). He has a very soft face, with cute, gigantic eyes and soft ears folded forward; unlike other species it has no tail. On the other hand, his little mouth hides two very long incisors.

Where do vampire bats live? 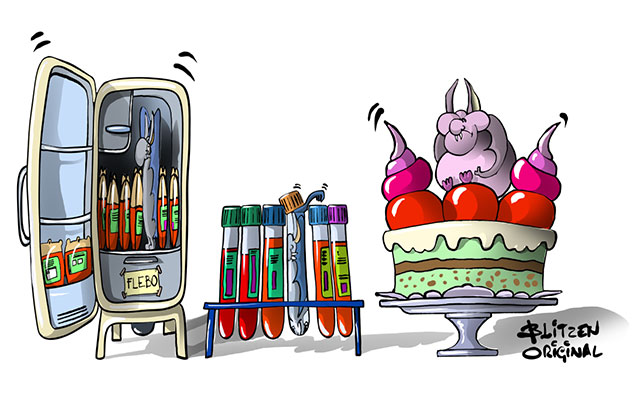 Vampire bats are typical of Latin America and do not live in Europe, not even in Transylvania. They live in the tropical forests, in an immense range, extended from the states of Mexico to the southern areas of Argentina.

Extremely social, the vampire bats live in numerous colonies that can range from a few tens to several thousands of specimens. These colonies find a place in the caves and cavities of the mighty Amazonian trees. Although they prefer natural places, Hair-legged vampire bats can also nest in houses.

Often the carcasses of dead plants are chosen, with the ravines created by the detachment of the bark. The height allows them to stay away from predators, while the absence of leaves allows easy access. 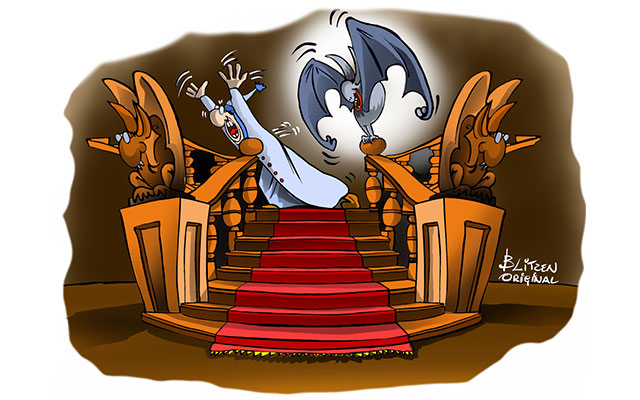 Although it is very rare, vampire bats can also attack humans. In particular, they go to the huts of indigenous forests and tend to choose children because they are less able to defend themselves.

Unfortunately, they can transmit rabies and other deadly diseases. For the same reason, vampire bats are dangerous for livestock, spreading lethal viruses that destroy farms, with significant economic damage.

It is important, however, not to overestimate the risks: there are few tens of deaths every year, caused by diseases transmitted by bats. If we compare them with the dead caused by the mosquitoes, killing more than 800,000 humans each year, we can have a more complete idea. Immediately after the mosquitoes, with hundreds of thousands of victims, there are men, followed by snakes and dogs.

By the way, the dangerous mosquitoes are killed by bats: insectivorous bats, widespread in the world and protected in Europe, help to fight them, eating hundreds of them each night.

Despite the Count Dracula and his disturbing atmospheres, bats are our extraordinary allies, nocturnal, mysterious and fascinating.

I am an architect. I used to live among the woods of France, the sands of the Middle East, the canals of Venice and the lights of Paris, before returning to the fold.

This site uses Akismet to reduce spam. Learn how your comment data is processed.