In the drawing above, there is a happy turtle couple: the beautiful and charming tortoise, with flowing hair and lipstick, is in love with Mr. Jack Testudo. When we draw in “cartoon” style we anthropize animals, giving them purely human characteristics, such as hair or hands. In nature, however, the difference between males and females is not so obvious. However, there are some elements helping you determine the sex of a turtle.

It’s important? Yes, it is! If you have more turtles, an imbalance between males and females can create problems of cohabitation. The courtship ritual, in fact, is rather aggressive, with scratches and bites by the males: if the females are fewer, the competition is such as to make the males even more violent and harassing. This is why experts always advise to keep female specimens in much greater numbers. It is better to have at least triple females compared to males and it can be useful to keep the two sexes in separate places.

– It is very difficult to understand if a baby turtle is male or female. The sexual dimorphism (i.e. the differences between males and females) appear when the sexual maturity approaches, between the 4th and the 10th year of age.

– The land turtles are divided into numerous species, each with its own peculiarities. The following indications are quite transversal, but they are particularly good for the Mediterranean Testudo, typical of Southern Europe. 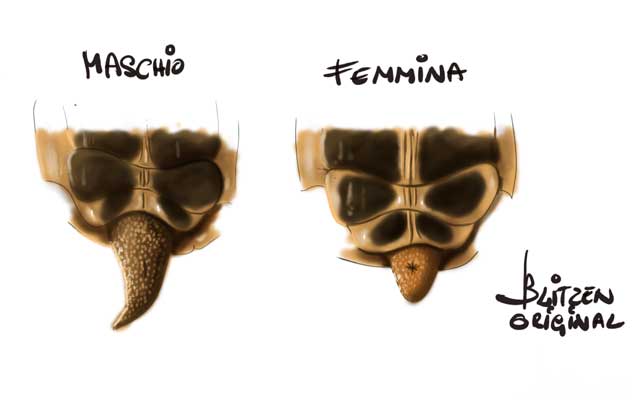 The tail is the easiest way to understand if your turtle is male or female. The male specimen generally has a long and sturdy tail. The female, instead, has a barely hinted and rounded tail. Why? Because the tail hides the reproductive organs and the male cloaca has to reach the female one. The cloaca is the anus of turtles. The cloaca, placed on the tail, also houses the sexual organs. In the female, the cloaca has a star shape and is at the base of the tail, while in the male it has a slit shape.

Also, there is another sign, a little more hidden. In the male, the scutes immediately above the tail bend downwards. In the female, however, the sopracaudal scutes remain in line with the rest of the carapace.

2 – Check the concavity of the plastron 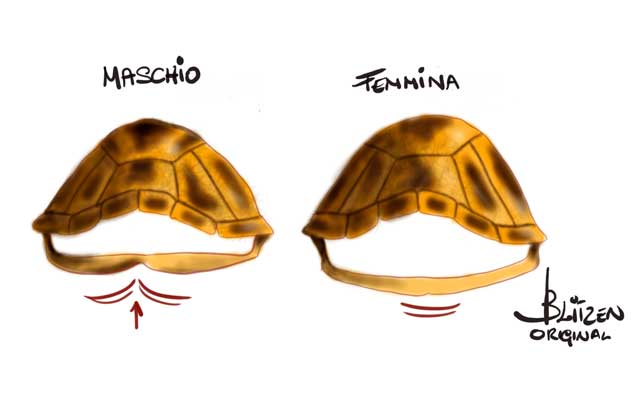 The plastron is the part of the shell in contact with the ground. In many species, including the Testudo, males often have a concavity along the longitudinal line, clearly visible. If the turtle is young, you can feel this concavity by gently passing it over your finger. The female, on the other hand, is perfectly flat, or slightly bent towards the outside.

The reasons for this difference are due to reproduction. In fact, the male has this concavity so as not to slip during mating, while he mounts on his partner. The female, on the other hand, has a flat or convex plastron in order to have more space for the eggs.

If you have two specimens of the same age, whose dimensions are conspicuously different, you are in front of a male and a female. The turtle male is smaller than the female. A little example: I have some Testudo Hermanni, a typical species of Italy, over the age of 40: the females reach almost 20 centimeters in adulthood, while the largest of the males does not exceed 15 centimeters.

This system to distinguish the sex of turtles is quite effective for the Testudo Hermanni, but has a big limit: it works only if you have turtles of the same age to compare.

This rule, then, is not always valid. The marvelous Testudo Marginata, typical of Sardinia, follow different evolutionary laws: the male can also be considerably larger than the female. In the case of Marginata, however, there is another sign to recognize the sex of turtles: Marginatas have marginal scutes looking like a skirt. The male’s skirt is much larger and longer than the female one. In short, the skirt is a sign of virility, among the Marginata tortoises. 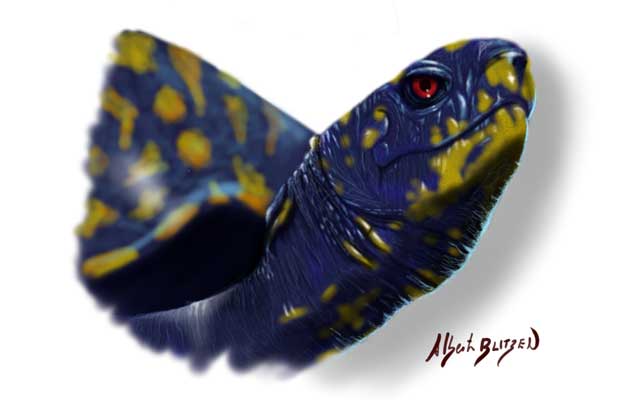 This aspect is more complex to observe, but in general the head of the males is larger and elongated than that of the females, which have a shorter and rounded muzzle.

A distinctive feature that I find fascinating, however, concerns the beautiful Terrapene, exotic turtles with incredible colors: the male has the eyes of a bright red color, while the female has the brownish iris.

5 – Check the V on the plastron 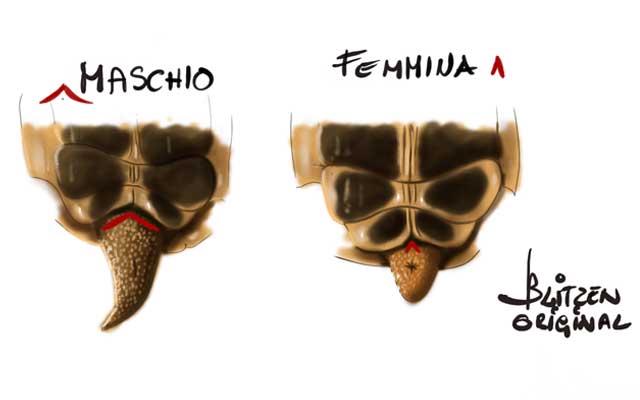 This aspect is evident only when you compare two examples of the opposite sex. Since the male turtle has a big and strong queue, the plastron, to make room for it, opens into a sort of very large V. The female, on the other hand, has a much narrower and more defined V.

BONUS TIP: Check his claws (but just for water turtles) 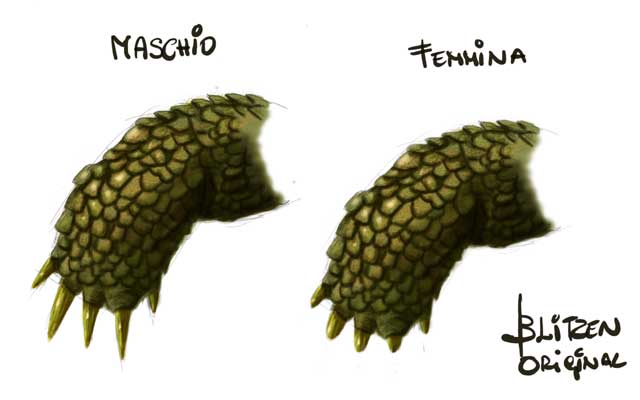 It is often believed that the males have longer anterior claws, but this is true for aquatic species only. Their front legs, in fact, have visibly longer claws than females. The claws of the Land Turtles are equally developed, used for digging and for the dance of mating.

See you next Tuesday. Ciao!

I am an architect and I study the habitat of many animals. I used to live among the woods of France, the sands of the Middle East, the canals of Venice and the lights of Paris, before returning to the fold.