I read an interesting ranking on the most lethal animals for man, expecting the snake, the crocodile or the lion in the first position. Contrariwise, on the top step of the podium there is the mosquito. Widespread and agile,  it transmits yellow fever, dengue and malaria through its annoying bites. In Europe malaria has been eradicated, but the mosquito continues to give you trouble.

That’s the reason why we should thank the bat, our ally in the fight against mosquitoes. Extraordinary animal indeed, it is oriented using radar waves it emits from the nose (read also “A toilet-bowl plant to attract bats, predators of mosquitoes“), hunting thousands of insects. Often demonized by the stories of witches and vampires, its presence is actually very good for the ecosystem and for humans: in Chinese culture, for example, it is a symbol of good luck.

When the sun goes down, bats get out and continue their millennial fight against mosquitoes. Pliny the Elder, at the time of ancient Rome, remembered that “its favorite food is the mosquitoes” and in the past huge bat shelters were built to fight malaria.

Are bats the ultimate solution for mosquitoes? No, of course they are not. However, that they can make a good contribution and many studies show that mosquitoes are an important component in the feeding of the species present in Europe.

An interesting article by the Italian researcher Marco Riccucci lists many international studies in this regard. Among the examples reported, there is an analysis of Rhinolophus hipposideros, also called Lesser Horseshoe bat, who can eat thousands of insects at night in Western Europe. In this research, it emerged that 36% of the faecal remains of this beautiful bat consists of Culicidae, i.e. mosquitoes. The Lesser Horseshoe bat is in good company: even the Vespertilio, a bat living in Eastern Europe, has similar percentages. 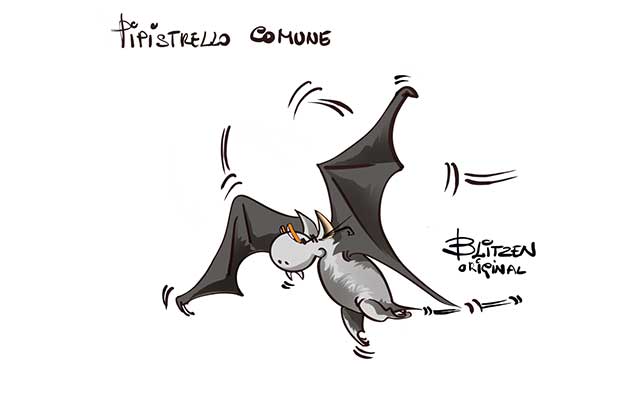 2 – Bats push the mosqitoes away

Bats sows terror among mosquitoes. That’s why mosquitoes, by instinct of survival, will try to avoid the places of action of their hunters, moving away and reducing the deposition of eggs in the area. The most important battle against mosquitoes, in fact, is not fought against adult insects, but against proliferation. Therefore, egg reduction is another very important aspect to thank for the bats.

It is always Riccucci who highlights numerous researches on this subject, with significant reductions in the production of eggs by mosquitoes who sniff the presence of the bats. An interesting experiment recorded a 32% decrease in mosquito eggs in the areas of action of Myotis Septenrionalis, an American bat. Even if similar analyzes are lacking for European bats, it is quite probable that this dissuasion will also occur iin Europe.

A good solution to attract bats to your home is given by the bat-boxes, artificilal wooden shelters (here is our post about “Installing a Bat box: how to choose the best location“). The modern buildings, in fact, as well as the small gardens of the contemporary houses, have deprived the bats of the cavities where they used to take shelter. To offer bats a house, you can place a bat-box, spread throughout the Western countries and promoted by many municipalities. It is a wooden structure you can easily find on the market, or make by yourself. 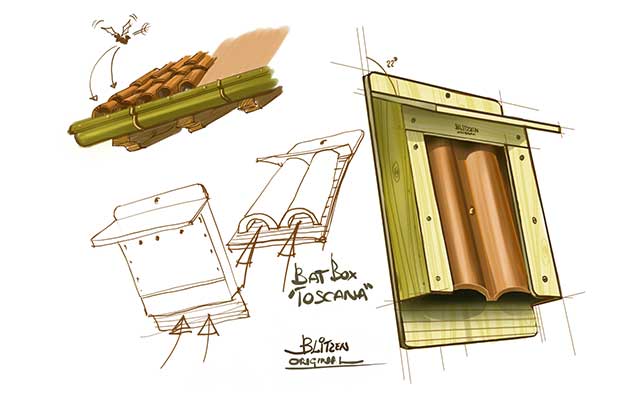 A wonderful Italian song by Fabrizio De André ends like so:

“Nothing grows out of precious diamonds,

Out of dung, the flowers do grow.”

Well, beautiful flowers do grow out of bat dung, indeed! In fact, his guano is one of the best natural fertilizers in the world: very rich in nitrogen, calcium and phosphorus, at very slow release. Known since ancient times, it was collected in the caves inhabited for centuries by bats, to fertilize the fields. The guano of insectivorous chiroptera, in particular, has a higher nitrogen content, essential for the growth of green parts of plants, together with phosphorus and potassium.

Moreover, let me tell you about an interesting social behaviour of bats: when they poop, they do not get dirty, even when they are hanging upside down. Their dejections, in fact, are dry and bats are able to project them away from the body, without getting dirty and without dirtying the colony. Precisely because they are dry, they will also be easy to collect and use as a fertilizer, if you had a bat-box or a shelter of bats under the house. 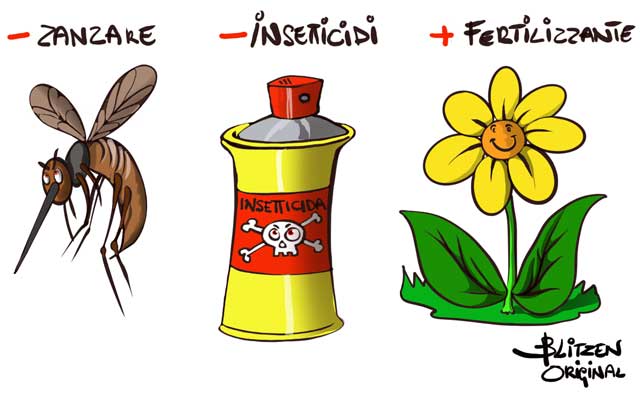 Just like bees, bats play a major role in plant breeding and are among the most important vertebrate pollinators in Africa, Asia and America. Some species eat fruit and are responsible for pollinating 528 species of plants worldwide. The most famous are the Asian fruit bats, the African fruit bats and the American Roundleaf bats.

5 – Bats are not dangerous for us

It seems that mosquito is the most dangerous animal for humans; its predator, the bat, is not at all. Bats do not turn into Dracula and do not attak us. Actually, some species of bats are hematophagus: the vampire bats. They feed on blood and their sharp canines put on their preys an anticoagulant substance, called Draculine. Vampire bats can transmit rabies and also attack humans. Is there anything to worry about? Not really. Vampires represent only three of the 1,276 bat species; what is more, vampire bats are just in Latin America. Generally, bats can attack only and exclusively for defense.

Because of their delicacy and importance in the ecosystem, they are protected by law. Far from being dangerous, bats are friends to us, playing a fundamental role for the environment of our beauriful planet.

I am an architect. I used to live among the woods of France, the sands of the Middle East, the canals of Venice and the lights of Paris, before returning to the fold.